November 20, 2016 – Troy Gielish hung up his cyclocross bike this season to rehabilitate an injured back and to focus more on the track in the Individual and Team Pursuit events. This weekend of November 18-20, 2016, Troy traveled to the Colorado Springs, Olympic Velodrome to compete in the U. S. Masters National Track Championships.  He was part of a composite team including Masters World Champion, David Klipper; U. S. Hour Record holder, John Mansell; and the current State Track Champion, Chris Tregilis.

Chris and Troy have been part of two back-to-back previous state champion teams in Team Pursuit but this was the first opportunity for the four to ride together.  The team won the 45+ event beating five other teams. 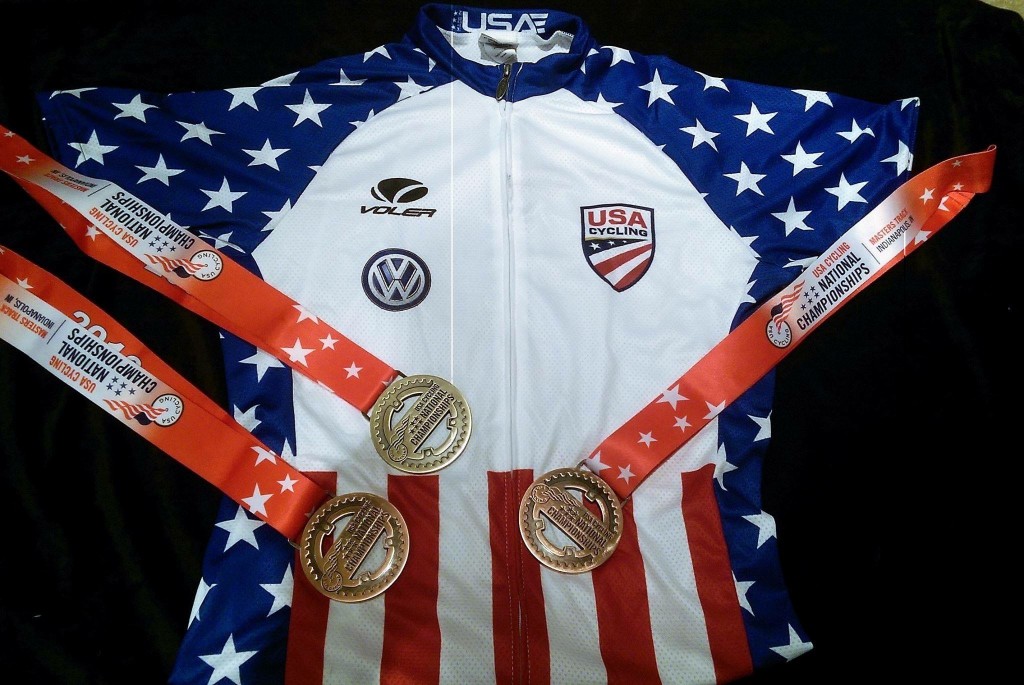