This note came to us from one of our younger members, Wyatt Myers. We are so pleased that Wyatt will be furthering his education while continuing to pursue his passion of cycling. 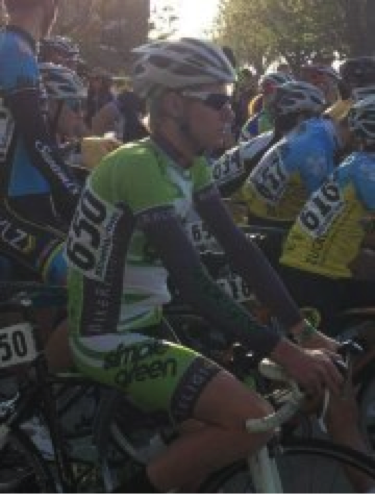 “When I was in my junior year of high school, Dan Belling reached out to a bunch of colleges that have cycling teams letting them know that I was looking for a school to go too.  He gave me a list of schools that he had contacted, but I thought, “I have plenty of time before I need to worry about that.  A year later at the beginning of my senior year I was rushing to decide what schools I liked and get my applications in.

I began my college search by looking up all the schools that offered scholarships for cycling.  I decided to send applications out to eight schools including Fort Lewis, Colorado Mesa University, Lees-McRae, Marian, and Lindsey Wilson.  I also completed athletic questionnaires for each school.  Lindsey Wilson was the only school that contacted me before I had to contact them.

Over Thanksgiving break I was going to Colorado to visit family, so I decided to stop at Fort Lewis on the way there and Colorado Mesa University (CMU) on the way back.  Fort Lewis was the first college that I ever visited, so it seemed like the greatest school ever.  It was up in the mountains with tons of mountain biking trails that started at the edge of the campus.  I did a few cyclocross races with the team so they could see how I raced.  I left the school thinking that it would be the best choice.

On my way back from Colorado I visited CMU.  I did two cyclocross races in one day while I was there and did very well in both.  I spent the rest of the day talking to their coach about the schools cycling program.  Their program was almost the same as Fort Lewis’, but was more personalized since it was a smaller team.  That and the more reasonable price convinced me that CMU would be my school.

When I got back home, I started talking to the different coaches about scholarships.  I had already received some scholarships for academics, but I would need more for cycling no matter which school I went to.  Lindsey Wilson seemed the most interested in having me go to their school and was the first to offer me a scholarship.  They would give me $5,000 a year just for cycling, and it could increase if I performed well.  A few other schools offered me scholarships as well, but they all would cost more than Lindsey Wilson or CMU.

I was happy that Lindsey Wilson had offered me a scholarship so willingly, but I still had my mind set on CMU.  After talking to their coach I was sure that they would give me a scholarship that would make it very affordable to go there, but then I saw the coaches face on Velonews.  It said that he had played a part in a doping scandal during the 90’s and was fired from his coaching position.  I had to start completely over with a new coach who I never talked to in person and hadn’t seen me race while I was there.  It took a long time to hear back from him when I emailed him and whenever I asked about a scholarship he would say he had to talk to the athletic director and would let me know by a certain date.  Whenever that date would come he would say that he didn’t know yet.

This was very frustrating for me, so I kept talking to the coach at Lindsey Wilson.  I agreed to visit the school while I was waiting to hear back from CMU.  I flew into Nashville and Coach Parson was there to pick me up and take me to Lindsey Wilson.  I stayed in a dorm room with two other cyclists for five days.  I ate in the cafeteria and lived just like a college student would except for going to classes.  I went on a road ride and two mountain bike rides with the team while I was there.  The roads were nice and the mountain bike trails were a new experience for me.  Surprisingly, I really liked Kentucky and I got along very well with the team and the coaches.

When I got home, I finally got an email from CMU about a scholarship.  He said that I would get $2500 a year for cycling.  This made it so that CMU and Lindsey Wilson would cost almost the same price.  After thinking about it for about a week, I made the decision to go to Lindsey Wilson.  They are a division one (ranked 5th place out of about 58) team and they offered more support for their riders.  This was a very hard decision for me, but I believe I made the right choice.  If I didn’t visit Lindsey Wilson, I wouldn’t have chosen to go there, and may have missed out.

That being said, I would like to thank Dan Belling and the whole Simple Green team.  Collegiate cycling is very competitive and I would not have been able to get where I am now without their support.”

From the Club to Wyatt:

On behalf of the club and all it’s members… THANK YOU. We are so thankful that you have been a member of our team and an inspiration for many. Your positivity, determination and hard work is beyond that of most your age. We are looking forward to following you and your journey!

You can also see this note on our Facebook page.