The Inaugural CTS Figueroa Mountain Gran Fondo was a fun, challenging, and successful event for the team. The event started in Santa Ynez, near numerous wineries… maybe next time we should explore those post-ride. J The 96+ mile course was very challenging. There was a LOT of climbing, including the first-ever ascent of Figueroa Mountain in an organized cycling event. There was also technical descending, a short dirt section, and lots of tough smaller climbs and rollers, all in the beautiful countryside of the Santa Ynez Valley.

The team had great participation at this event, with Jason Francia representing in the 30-39 field, Mike Okano, James Edwards, Bob Kubinski, Tino Riveron, and John Hershock in the 50-59 field, Jim Parkhurst in the 60-69 field, and Angela Patterson and Dolly Ginter in the women’s 50-59 field. The event was well attended overall, especially for a first year event. For the longest course, the “Fig Epic” (the 96+ mile course), there were 279 men and 69 women starting. The 50-59 men’s age group was by far the biggest field, with 109 starters (40% of the entire male field). The women’s 50-59 age group had similar proportions with 29 starters (42% of the entire women’s field). 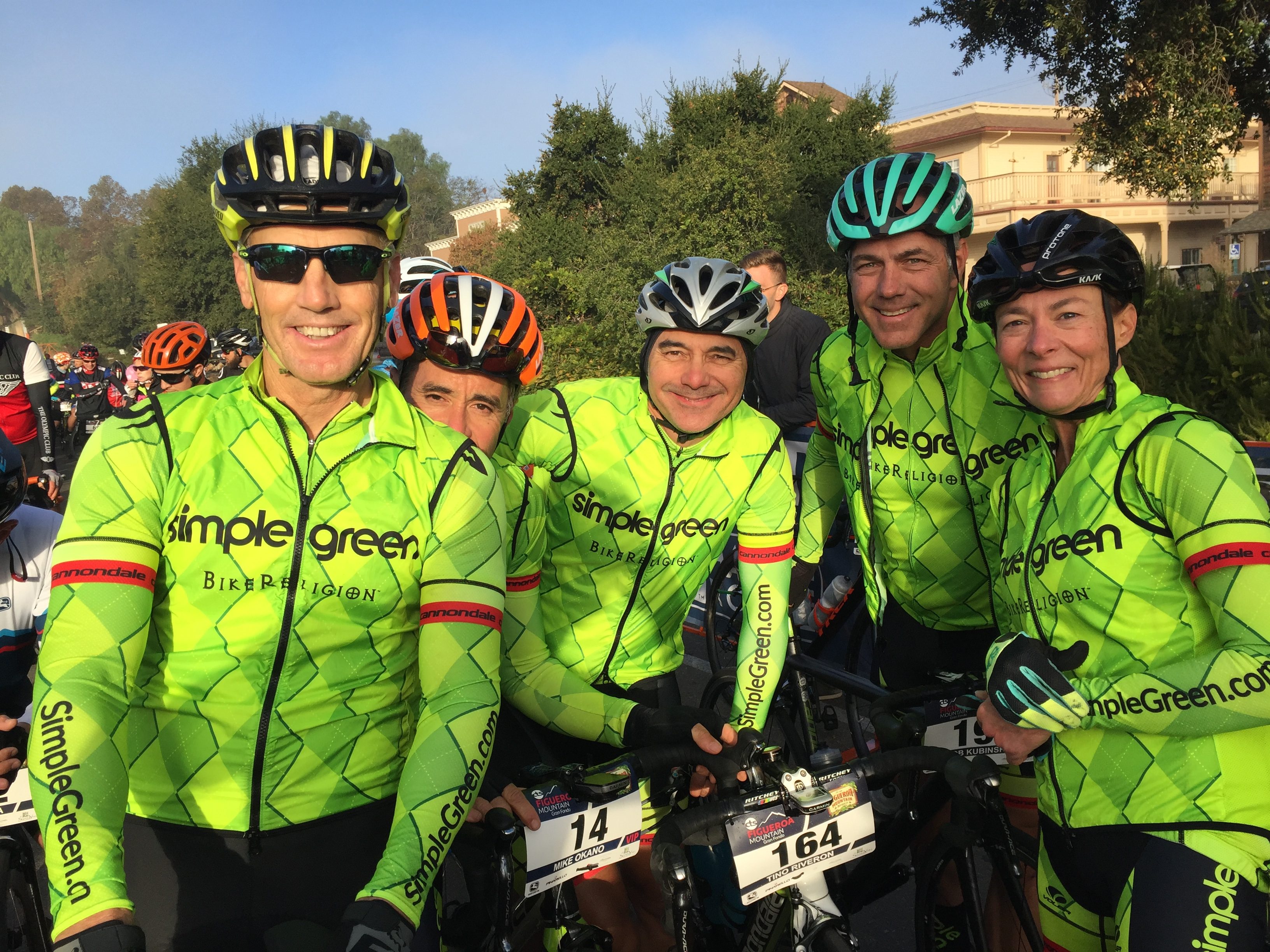 This was a chipped timed event, with results by age group as well as overall finishes, and many treated it like a race. The team had awesome results. Jason Francia won the Fig Epic 30-39 age group, in a near sprint finish (five seconds ahead of 2nd place). Jason was also fourth on the Fig KOM (the climb up Figueroa Mountain).
Mike was sixth in the 50-59 age group for the Fig Epic (despite a flat tire) and was fifth on the Fig KOM. Angela was first in her 50-59 age group for the Fig Epic and was fourth overall of all women, due to all the help from James, Bob, and Tino. Dolly took 3rd in the Fig Epic 50-59 age group. Angela and Dolly also had great success at the Fig QOM, with Angela 2nd and Dolly 3rd for their age group.
Angela was suffering pretty bad on the Fig QOM climb, and James gave up the opportunity for a great climb of his own to pace her up the mountain. He then gave her a wild ride down the technical descent, where they caught, passed, and dropped the woman who had been in the lead for Angela’s age group. After regrouping with Tino and Bob, it was go-time to the finish line. Big “Thank You” to the guys for all the work they did keeping Angela in the lead. First in her age group and fourth female overall was not bad considering that 1st, 2nd, and 3rd overall were all pro racers 20+ years younger. 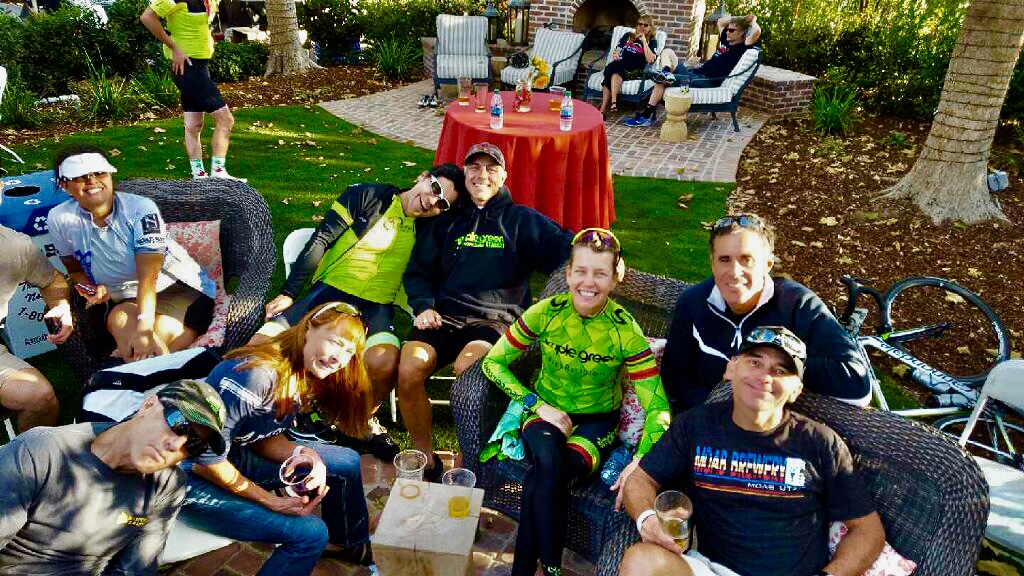 The post-Fondo celebration was awesome, with excellent food, beer, wine, and a band. This event is definitely worth putting on your calendar for next year.